At a time of difficulty last year I found comfort in yoga. I went through a period of torturous insomnia that left me wide awake every night until 3am, begging for my brain to switch off. I’d heard that yoga could help so started going to a local class. Immediately, I felt better. I loved how slow and methodical it was, and the fact that teachers discussed mindful and positive thinking. These were all things I’d heard little about before. Gradually, as I de-stressed and learned to relax, my sleep improved. I even used to go through the poses in my head before bed, which always helped me drift off.

So, for World Yoga Day, I wanted to find out whether this ancient practice had helped others too with any challenges they had faced. Here are three stories.

Vernon Kenny, 50: After six months of yoga I quit drinking and smoking. I didn’t need these substances any more 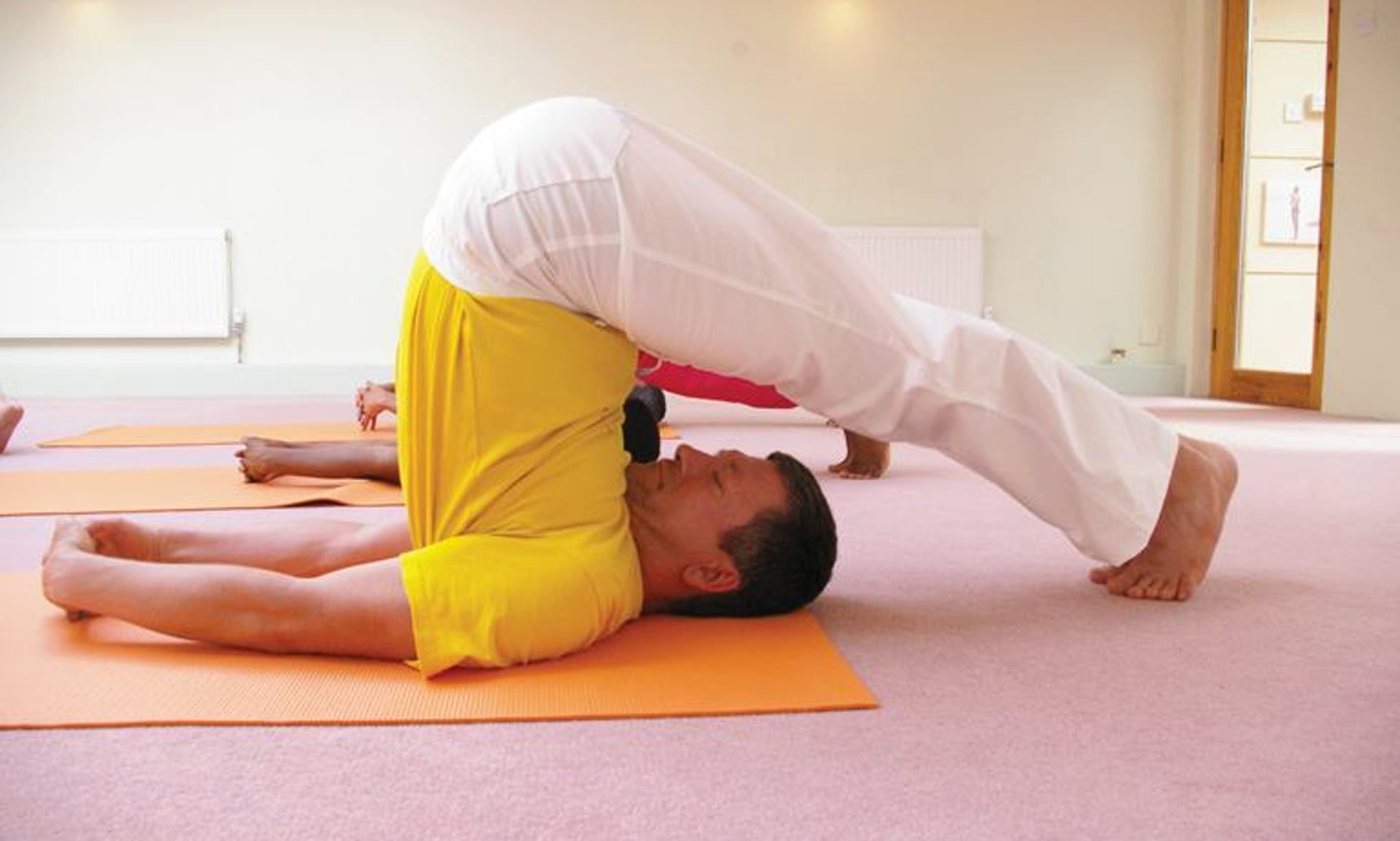 I was very reluctant to go to a yoga class when my wife asked me. She had been practicing for years in Japan, but wanted to go for the first time in the UK and was worried about the fact that the class would be held in English. That’s why she dragged me along with her. I moaned all the way there. “Can I not just wait for you in the pub?” I asked.

At this point in my life I was drinking every day, and smoking a lot. I was living for the weekend and experiencing low-level depression that I managed through excessive shopping and substance abuse. This was 10 years ago – I was 40.

After my first class, which was just a regular one in a gym, everything changed. I was hooked straight away and six months in I’d stopped drinking and smoking, and my family and friends noticed the difference in me too. They noted that I was happier, friendlier and more open and compassionate. As a result my relationship with my wife was much better too. We used to argue over stupid things but that all stopped.

Giving up smoking was perhaps my greatest achievement. I had tried for years to do it but found it impossible. Yoga helped me because smoking and drinking were just a manifestation of my desire for happiness and, as I became more happy and contented, I realised that I didn’t need these substances any more. I experienced some physical discomfort for a few days quitting smoking but that soon passed. Yoga helped me control the psychological addiction to smoking.

Yoga brings you into a deep sense of relaxation physically and that creates more space for you mentally and spiritually. I started to understand that there was no satisfaction in trying to find happiness outside myself, for example through material possessions; all this stuff brought only temporary happiness, nothing permanent.

I now practice every day. I do an hour and a half before work. Then I meditate in the evening and I attend classes in Putney, London. I also teach yoga after work a few days, which gives me the same kind of buzz as going to a class.

Yoga isn’t going to turn everyone’s life around, but it has the potential to do so. You just need to be open to it. I don’t know whether it was luck or karma but yoga came to me at the right time. If I had gone to a class four years earlier I think I would have walked out immediately and gone straight to the pub. I wasn’t ready then but when I eventually found it I was.

Emily, 17: After experiencing anorexia, yoga taught me to have a better relationship with my body

I was first introduced to yoga in hospital – an interesting place to do your first class in. I had attempted suicide multiple times and was ill with anorexia. I was told if didn’t go into hospital then I would be sectioned. I was in a terrible state, and had lost over half my body weight. My suicide attempts had been monthly, and I’d been on suicide watch for three years.

This was a year ago now, and today I am infinitely better. A big part of my recovery is down to yoga. At first I didn’t take it seriously at all because of a misconception that it is hippy and all of that, but actually I found that it kind of empowered me to realise my body isn’t just what people can see but how I can use it.

My first yoga session was a turning point. It was a very slow class because it was at a treatment facility. I couldn’t really move beyond a few stretches. At this stage I didn’t realise how physical and complex it could be. It was introduced to me as a way to calm. Yoga also helped to introduce me to meditation.

I have always been crazy flexible because I did ballet. Maybe that’s partly why I developed an eating disorder. But yoga made me realise that it’s not just about my appearance but also what I can do with my body. I can do headstands etc, and that’s really empowering. It’s my antidote to the desire to be thinner.

My life now is so much better. There are still bits and pieces I am trying to restore and I lost a bit of weight recently because of my exams. But my mental health has vastly improved. I am able to maintain friendships and will be going to university in September. I never thought I would be doing that; my parents were told I wouldn’t last until I was 16.

I used to over-think everything and be anxious a lot of the time. The clarity of yoga was really what helped, and having a routine. I am not one of those constant, dedicated people, and I only do yoga for 10 minutes a day, but it helps to ground me. It has taught me how to calm down and not panic at everything.

Che Marville, 45: Yoga saved me from nights of sleeplessness after an illness 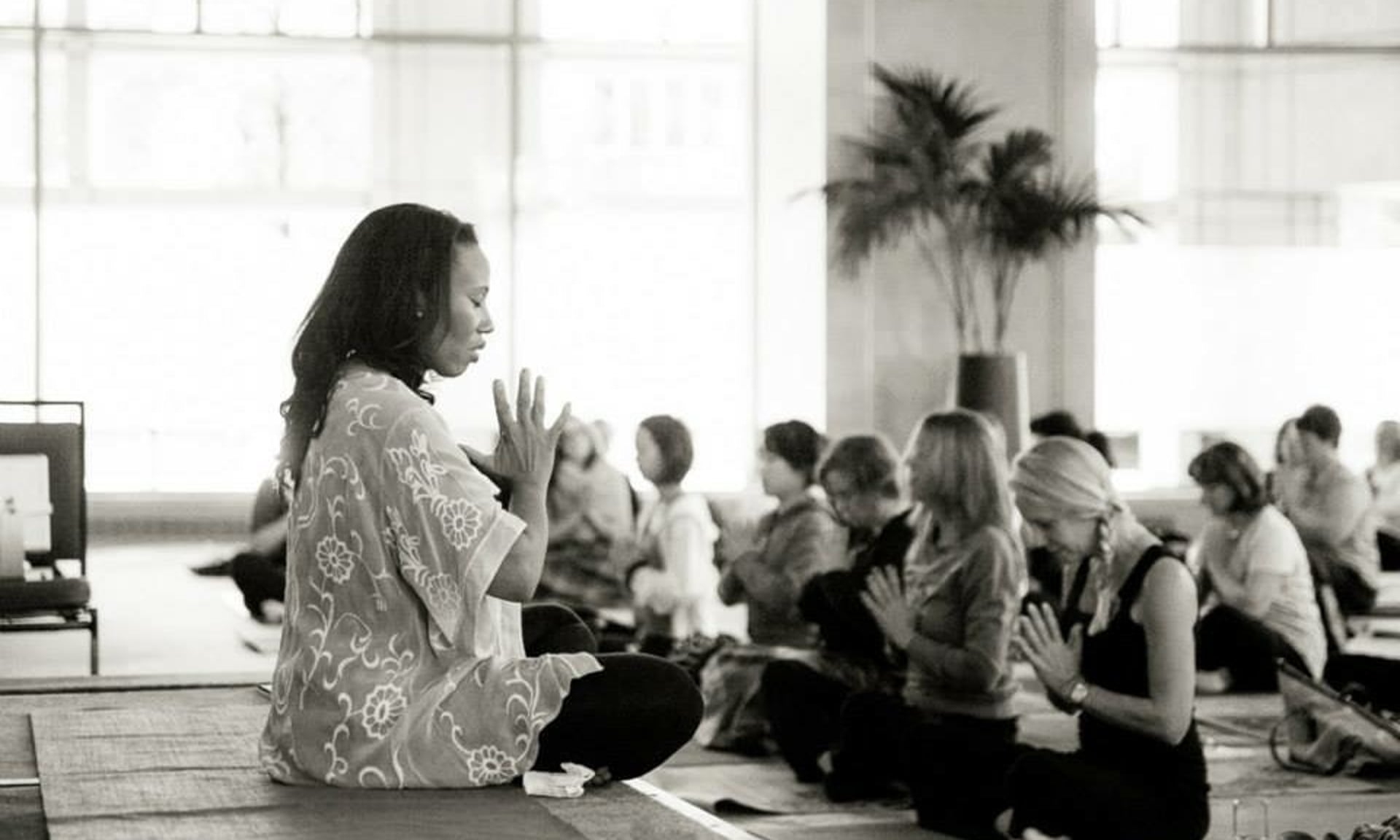 I have a long history with yoga. I started learning it when I was about 13, maybe even a little younger. I suffered from insomnia when I was 11 and 12 and found yoga the only way to cope. My sleep problems were triggered by an illness I developed as a child, the stress of migration and my parents’ divorce. My mother, siblings and I moved to Canada, but my family was originally from Guyana. When I was visiting family there I developed osteomyelitis, which is inflammation of bone marrow due to blood infection. I was deathly sick and lost the ability to walk. I was flown to Trinidad where I was diagnosed but the first surgery was unsuccessful so their solution was to amputate the right leg. My mother, a British-trained nurse, refused and sought out the Canadian embassy to help us return to Canada. The doctors in Trinidad said: “If you take her back she will die,” but my courageous mother took the risk based on her knowledge and faith.

When I got to Toronto I had a series of seven operations and gradually improved. I went through rehabilitation and wore a brace and never lost my leg. I was told that I would walk with a limp and one leg would be shorter than the other. I had experienced extreme pain and was so grateful to be alive that I developed spiritual practice during my illness. I discovered a greater sense of self and strength because I came so close to death.

As a result of my experiences I developed sleep issues and to help with this I started yoga. It wasn’t very common at that time and my family and friends certainly weren’t studying it. I did it privately and there was always a yoga teacher renting a church basement somewhere and books in the public library. I found the experience so profound that I was hungry to study with various teachers using the practice to heal myself. 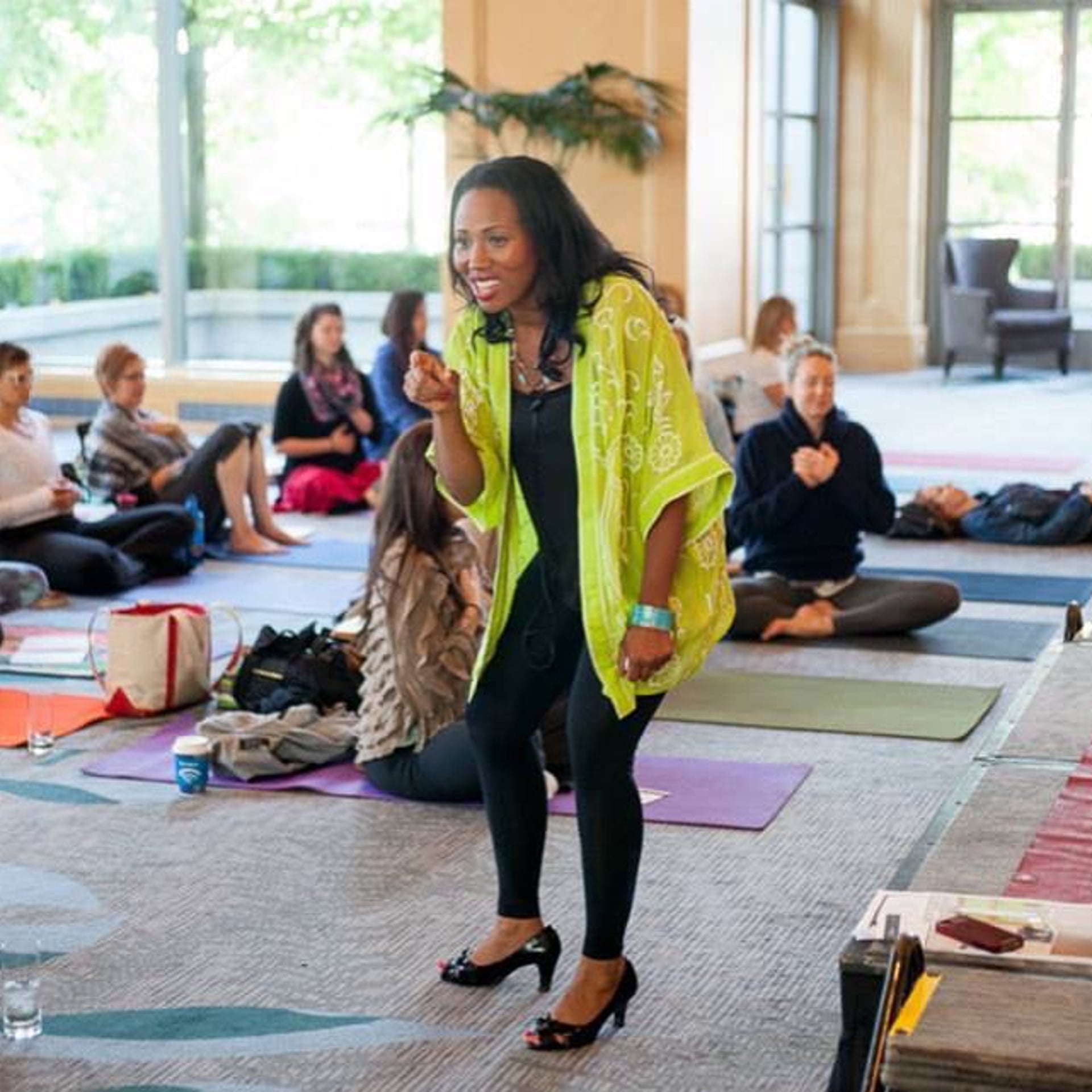 After I graduated I worked as a researcher at the Science Centre and that’s when my sleep problems came back. I started to research more into what was going on and began studying mindfulness and meditation. I realised I could cure myself.

After a while I felt my personal practice was strong and shared it with others. I designed a programme for nurses in hospital – because my mum was one – and they loved it. It ran in multiple hospitals and I also started teaching. One thing that is important to remember is that yoga isn’t just about acrobatics; it is an intricate holistic philosophy about your own unique health. It involves learning to be calm and to relax. When you do that your body can heal itself. One of the requirements of yoga is telling yourself the truth. When you do that you find a kind of serenity and inner peace. It doesn’t mean you become nice or good; you become the person you were born to be. You learn to accept your imperfections and fragilities.

Through yoga I’ve been able to help other people too and be of service in my community. I work with seniors, children and executives. I have received feedback from people saying that learning yoga has helped them sleep better and reduce their anxiety . It’s also helped people cope with depression. It has not healed them but it has helped them cope. Right now I am working with people who have cancer and it’s useful for them too. I am not talking about healing it but living with it, because it is a chronic illness and many who suffer from it have never confronted their own mortality before. The fear is often greater than pain and the practice of yoga and understanding your own body can help with that.

We wish you a mindful and happy weekend !😉

CONVICTION is an unstoppable force – it is somethi

Snuggle up to your bolster ! 😉

So good to be back in the studio! Wide legged down

Being soft yet strong, quick yet sturdy is a letha

It's Not ABOUT being GOOD at something
It's ABOUT

That blissful sigh after a delicious, gently heate

Let's go do some serious Yoga this week ! 😉

Take to to find some space of your own this weeken

Our SoulSister event is fully booked, but you can

Each day has a unique shape – just ROLL with it!
T

Our Yogiverse is there to help yoga teachers and s

Our online store i

Have a safe and relaxing weekend !!😉

Stretch in your home practice during these times!