Stress is all around us every single day. From the moment we wake up we are in a hurry to be somewhere. We are in a hurry to get things done. Be it off to work, or school or PTA meetings, it’s important to remember to take a moment to breathe in the morning. And in the evening. Or any other time of the day when stress starts to creep on.

Breathing is a vital part of our survival. Without breathing air, we simply will cease to exist. So what makes us think that we can go through a day without taking the time to do so?

Sure, we breathe all day long as our lungs contract and displace the air surrounding us at any given moment… but this is merely involuntary movement – automatic function. Physiologically, breathing is actually a complicated set of events.

The human body requires 352.8 liters of oxygen in one day. While the average human is getting 432 liters per day, on average – we still may not be getting enough air throughout the day.

In an excerpt from an entry in the International Journal of Osteopathic Medicine related to the function of breathing it is stated that breathing is unlike many other physiological functions, as it can be controlled via voluntary actions. Breathing is also reported to be the entry point for both psychological and physiological regulation. 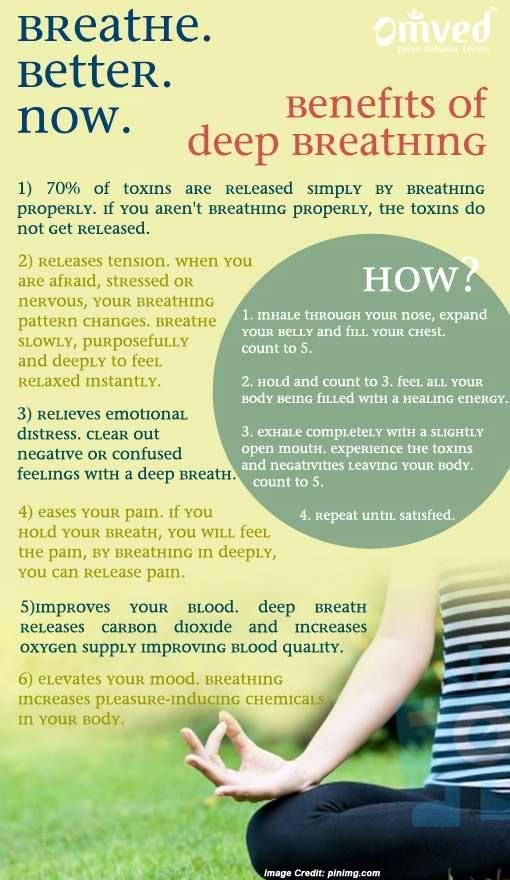 Only about 21 percent of the air we breathe is actually oxygen.

Though, oxygen is essential not only for our lungs, but for every cell and organ in our precious bodies. The primary role of breathing is to absorb oxygen and to expel carbon dioxide. So, if you’re not breathing correctly, consider that your body may not be expelling the carbon dioxide quickly enough and/or efficiently enough for you to keep yourself from getting stressed out.

Have you ever been so stressed out that you forgot to breathe?

Consider this – the human brain, which is only two percent of the body mass, needs 20% of the oxygen breathed in. Take heed that if the brain doesn’t receive oxygen for three minutes, cells begin to die.

So what can we do to be sure that we’re not only breathing, but breathing well? –
Certified Life Coach and psychologist, Judith Tutin, PhD says “Deep breathing counters the effects of stress by slowing the heart rate and lowering blood pressure.”

Dr. Andrew Weil reports that mindful breathing on a regular basis can be both energizing and calming to the body. He goes on to report that this technique can also assist with health problems caused by stress, including digestive disorders and panic attacks.

He recommends a few different exercises: 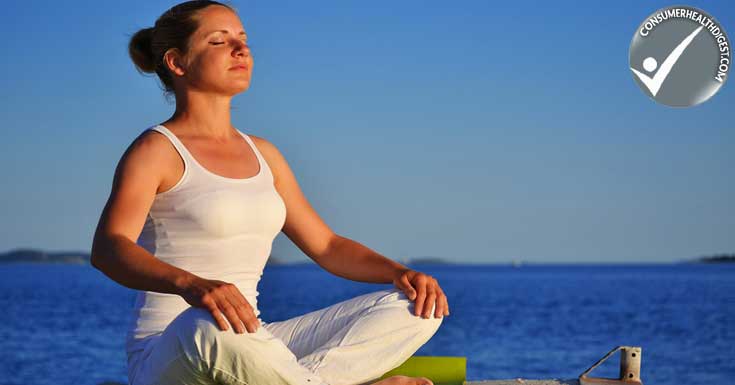 This exercise can be practiced in any type of position, including sitting and standing up. Dr. Weil do explain that in the learning phase of this exercise, it is recommended to start out in a sitting position, with the back straight up.

Dr. Weil explains that it is essential to inhale quietly and through the nose. While exhaling, your mouth should be used instead of your nose and the exhaling should be audible. He also explains that your tongue’s tip should stay in the recommended position during the entire course of the exercise and that the exhaling process should take up twice as much time as the inhaling process.

Dr. Weil reports that your count during this exercise should never reach more than ‘five’. He also reports that counting should only be done when exhaling.

These are only a few exercises suggested by one doctor. 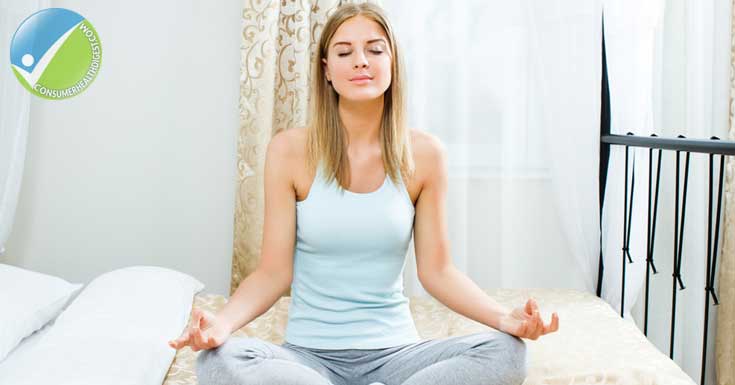 How It’s Done – This exercise involves breathing in and out through your nose. Start by inhaling, then count to four. Once you reach the count of four, start to exhale while also counting to four. This process should then be repeated. A natural resistance to your breathing pattern will be created through this exercise.

When It Works Best – Rebecca Pacheco recommends performing this exercise before going to bed. She explains that the breathing exercise helps to calm the mind and rids the mind of racing thoughts. It can also help individuals who finds it difficult to fall asleep.

How It’s Done – Start by closing your eyes. This technique works by tensing and relaxing, and focuses on different muscle groups for up to three seconds each. You need to start with your toes and feet. Then, move on to your knees, the thighs, you back, arms and hands. Finally, focus on your neck, then your jaw and finish with your eyes. Slow, deep breaths should be maintained at all times during this technique.

When It Works Best – This technique can be used anywhere, at any time. Remember that you should not get dizzy while doing performing this technique. Should you feel uncomfortable while doing the technique, you should bring the amount of seconds used for each muscle group down to two or one seconds each. 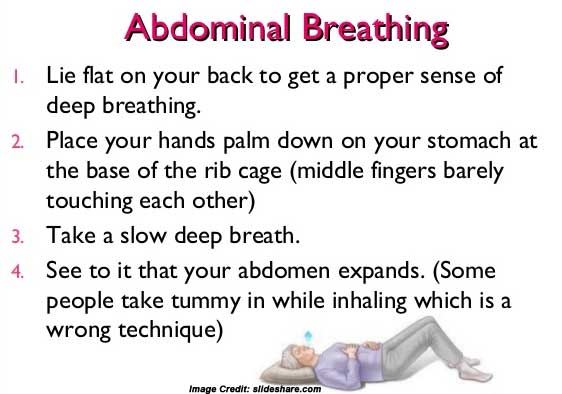 How It’s Done – This technique should be done in a flat position on the floor. Start by laying on your back and place your hands on your stomach. Both hands should be in a palm down position and at the base of the rib cage. Once you are comfortable, you should inhale through your nose. Be sure to take a slow, deep breath while inhaling. Your abdomen area should expand in order to provide room for the lungs to stretch. Your chest area should not expand during this exercise. Finally, exhale slowly.

When It Works Best – This exercise is an excellent stress reliever just before a stressful event occurs, such as an exam. It is important to note that mastering the technique may be hard in the beginning.

It’s important to remember to take the time to breathe each day. These few exercises provided here are merely enough to get you started.

Notice too that YOGA is a good platform to learn breathing exercises. It’s called Pranayama

The benefits are here for you to discover.

Breathing is more than just breath for your lungs. Utilize it in such a way that you can keep your entire immune system on alert – henceforth, eliminating bad health.

All I wanted was a decent yoga photo…
@hannah_ta

💜 Some days it fe

DM @vaisnavi_carana for details
♥️ You may ask

It isn't always possible to find balance in our ev

@my_spaceyoga
🕉Ahh eight limbs of yoga
Not many

Happy Hump day 🌞
Let's get on our hands and out

What if "letting go" real

@flowingnomads
Have you been considering a Yoga Te